When the TwinLand design was first introduced many years ago, I replaced all of my main bits with them; almost a decade later the ones I still have are producing exceptional results. Unfortunately, the TwinLands falling off the shelves these days are not as they used to be....

Lip and spur - or brad point - bits are the backbone of a guitar-maker's hole-making arsenal. Being able to locate and drill a hole both accurately and cleanly affects everything your finished instrument says about you as a luthier. It is what places bridges accurately, it ensures equidistant and lined-up tuner holes. It determines the standard of your working jigs and template alignments. It can be the difference between you being the guy that hits it out of the park every time or the drooling hunchback vaguely slinging hotdogs around the stands. Whether you're shotgunning a barn door or splitting an arrow with another arrow. I digress....

Way-back-when, I dropped the cash and bought myself the sizes I used most often and put my trust in the then-new German made "TwinLand" design. Frankly, it was a night and day difference and back then gave me confidence that I could produce a better standard of work. My holes were clean with zero burning mid-cut and blowout on the drill exit was absolutely eliminated, even just using tape instead of service material. The point slipped neatly into the awl-marked locations like you wouldn't believe. Seriously....results so good that you'd drill a hole in a piece of Maple and want to hang it as art. Not bad for a more or less vanilla chrome-vanadium (CV) drill bit!

Unlike a "normal" lip-and-spur bit, TwinLand bits are engineered with a second "land"; or "the round outer spirally bit". In the middle of this is a shallow relief groove which adds a few bonus features. Firstly, it reduces friction with the walls of the cut. Less contact area means less heat and less burning within the cut. Secondly, waste that excapes the main flutes is not crushed against the cut walls, and is instead guided away by this relief. The tip is precision ground to be self-guiding and true, reducing wander and tool pressure. The angle of the flutes (negative space between the land spirals where the waste goes) is geometrically different to other bits, providing efficient waste ejection, also reducing heat. 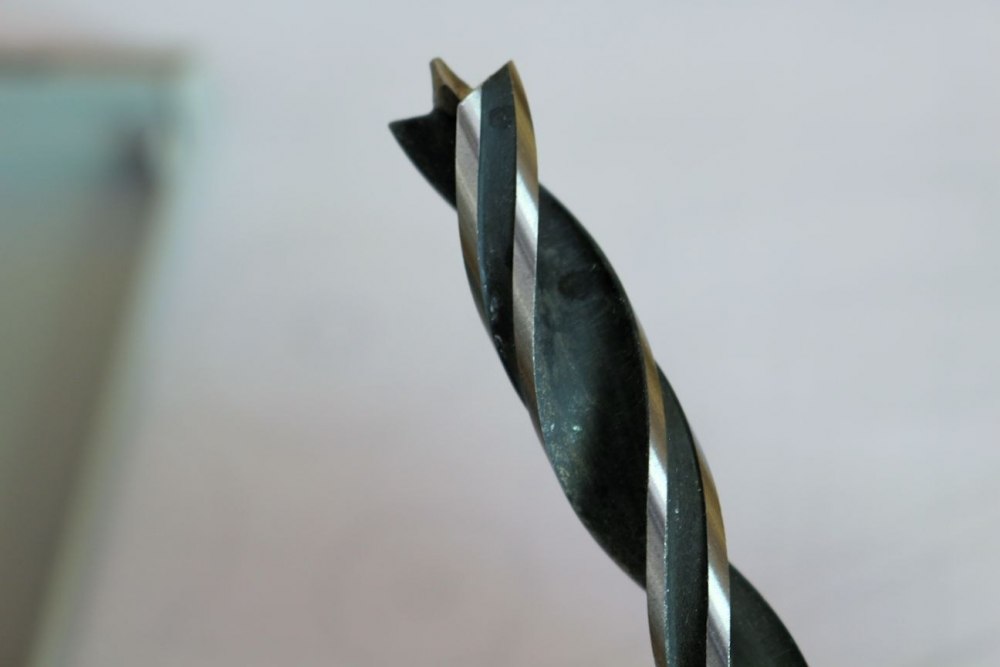 I still have a couple of these bits around the workshop. My 12mm bit is a real go-to champ, and my decision to keep all of my drills clean and stored well has paid off. I even refer to that one specifically as "my 12mm bit". The rest of my drills have become a bit rag-tag over the years, topped up with the occasional set and specific size to fill in the holes where they appear (no joke intended). Remembering how exceptional the TwinLand bits were in the first place, I made the decision to do a complete refresh of my smaller sizes with a set and re-establish "my first line".

Straight out of my recent supplies order, here they are! That distinctive relieved flute design filled me full of confidence of much joy to be had making holes in beautiful things, beautifully. Can't beat "Made In Germany", right? 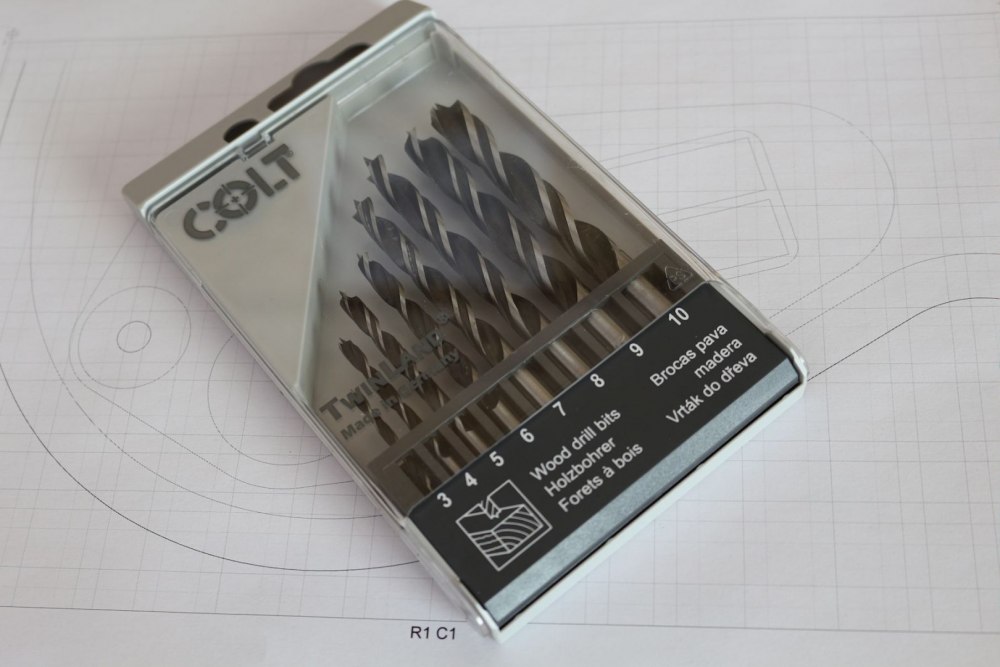 Except when they're not....note that the shank of each drill is clearly stamped "FRANCE". And look at the state of them! Anybody would think that "France" was a manufacturing facility in Guangdong, China! These are without a doubt some of worst branded drill bits I have had the misfortune of making myself poorer for by choice. Even the "France" stamping is out of whack and missing on some. I might have my history wrong, but Germany doesn't own France right? 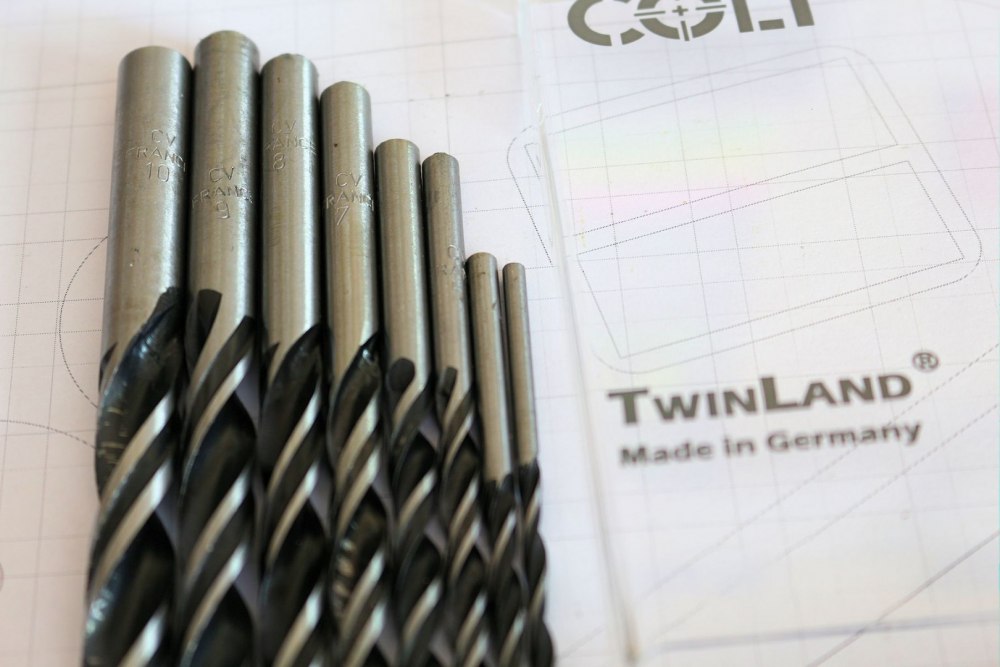 Okay, well a lot of water has passed under the bridge in the intervening years since I bought my first batch of TwinLands. Manufacturing and ownership changes, mostly. Well, sure. Most things tend to change for the worse as years go by (these are not barrels of Ardbeg that we're talking about here), companies and names are bought and sold, product lines diffused amongst price points, corners are cut to provide more return for shareholders. It is what it is. There's no escaping that something very screwed up is going on over selling drill bits labelled as "Made in Germany" when in fact the bits themselves attest otherwise.

<edit: In conversation with the managing director of Colt Tools, manufacturing was moved to France in 2012>

Let's have a look at how things have changed. It seems that we probably can't get the same quality of TwinLand bit that Horst-Miebach were manufacturing all those years back....so we need to look at what we've gotten our hands on here and now. 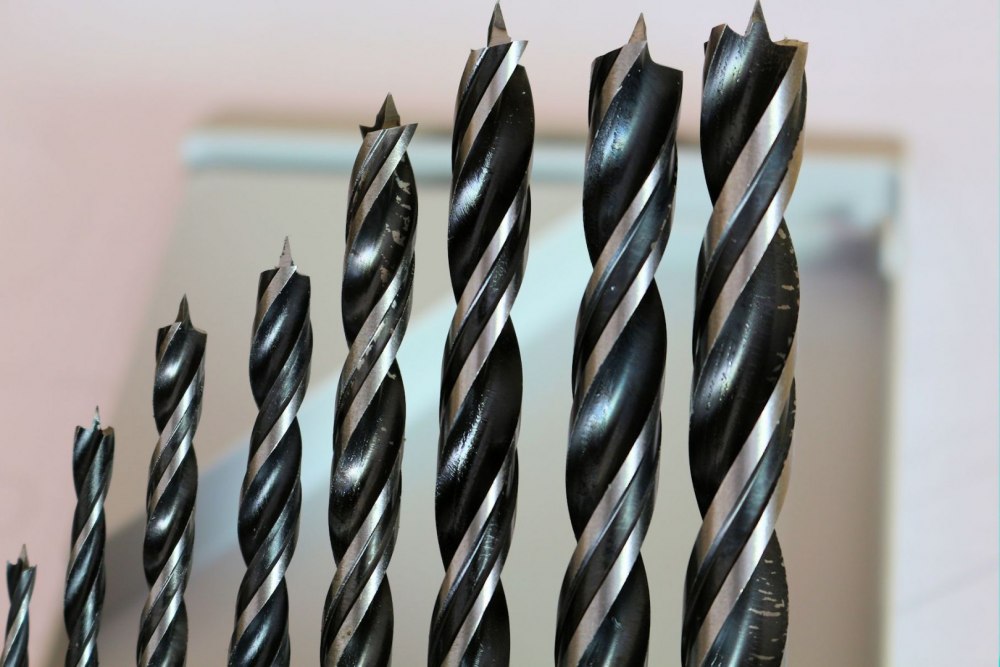 So these are the bits as they come out of the box. Wow. The tip of the 8mm bit is bent and I can't even get started on the rest of the mess we're looking at here. I see something new every time I look at these bits, and nothing that I can say nice things about.

<edit: I just noticed that the 6mm bit has an oxide coating on the outer surface of the land unlike the larger ones or the 5mm drill. Inconsistency seems the name of the game>

What. Has. Happened. Here.

On the left is the fresh-from-the-box 10mm bit and on the right is "my 12mm bit" that will soon be a decade old and travelled with me across Europe. The flutes on the 12mm are still crisp and sharp. The foot of the flute is a beautiful clean curve as it exits. A testament to the precise workmanship of Horst-Miebach. The original black oxide coating is still functional and still looks good. I'm not even sure if I need to say anything about the 10mm bit. It more or less speaks for itself. Zoom in and have a good look at this car crash.... 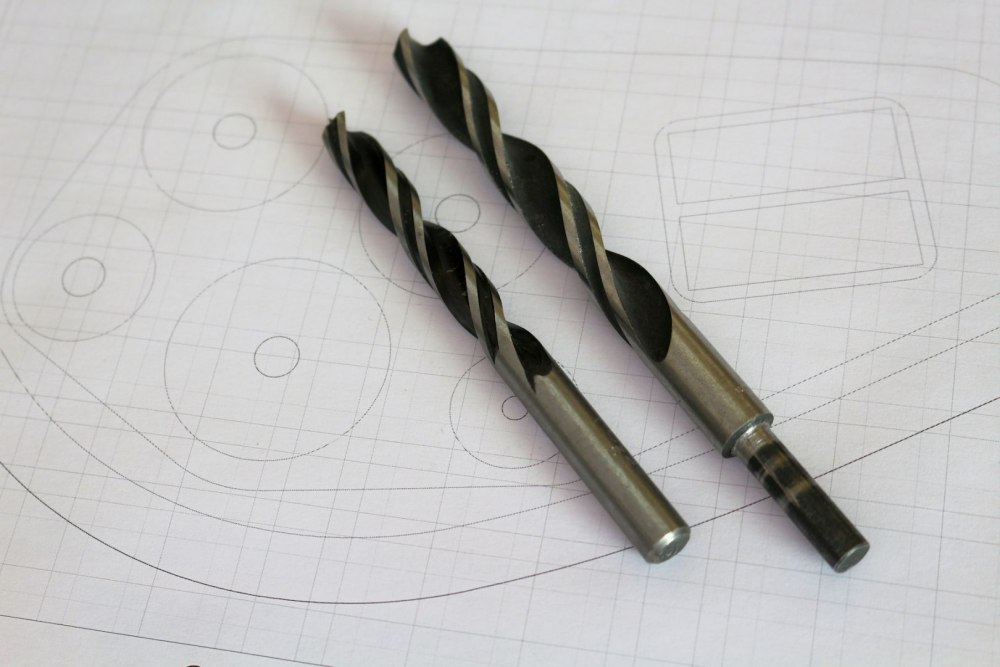 In fact, let's have a closeup on my old 12mm bit. Still looking good for an old goat.

Given the bargain-basement prices that TwinLand bits go for nowadays (this set of 8 cost me €14 or USD$16) it should have been no surprise that they are also bargain-basement quality. I'm sure that the basic improvements that the TwinLand geometry add to drill bits mean these will perform better than a basic lip-and-spur bit, but given the underlying flaws you have to ask "for how long?". I would be willing to put money on these not even living up to a fraction of the lifetime that my old bits still are. Unfortunately, I paid for these so it seems that I actually have put money on this bet....

Normally as part of a product review we would run an "in use" test; however given that there are fundamental quality issues in the product,I am not even convinced that these would produce meaningful results....after all, how they perform today may not be so in six months, or even two weeks. They certainly won't be cutting like champs in a decade like my original TwinLands. I can't even consider them comparable on any level.

Following my conversation with the managing director of Colt Tools, the current Colt TwinLand bits are now shaped by forging rather than being ground.  This is fundamental difference. Simply, the CV alloy blanks are compressed into shape rather than cut. This in many ways explains the shape of the flute's trailing edges (square as opposed to the smooth elliptical curve of the previously-ground TwinLands), the ugly surface finish and imprecise oxide coating. Jürgen advised the use of the Colt FCE M2-HSS bits for the harder woods that guitar-makers use. This is to say (despite not being directly spoken) that the Colt TwinLand range is not regarded as satisfactory for our purposes.

What we can take from this conversation is that the modern "Made in France" TwinLands are in a completely different league to their German forebears.

I went into this purchase with expectations in line with my experience with TwinLand bits, which until now has been impeccable. So much so, I've spent years singing their praises....seeing how poorly this translates to the current state of the product, I almost want to go through the entire Internet editing every post I've made, remake every anecdote and recommendation made in the pub, every positive mention committed in the public sphere. I genuinely cannot carry that same recommendation any more.

The TwinLand design truly was a game-changer and represents how all lip-and-spur drill bits should be configured. Sadly, these are not as they used to be in the crucial areas that matter. They bear the hallmarks of their price point; cheap manufacturing, tacky fit/finish and ultimately are a disposable product. For true TwinLand performance, durability and standard of investment as a working tool we won't find it here any more. If you can get your hands on an older German-made set, do so. If you're unsure of the bits' origin, use the photos as a comparison guide.

The bottom line is whether these represent a good buy for their price point. They're not the investment that they used to be, however do these provide a reasonable return for the modest outlay in spite of this? Possibly, yes. Then again, so would any other set at this price point. It is not unlike buying a mid-priced USA Gibson, only to find you receive a cut-rate non-USA guitar which is also outperformed by a Chinese copy....for less money. Colt Tools seem to have gutted the product line they inherited when they acquired Horst-Miebach and slapped the name onto a superficially-similar yet inferior copy. Take your money elsewhere and let this one die.

These are not the TwinLands you are looking for. Move along.

Addendum: We'll be sourcing some higher quality bits to review such as the Colt FCE HSS-M2 (5-star) range or Fisch HSS. Whilst being in a higher price bracket, we would like to detail products that represent the high standard and long operating life that the original TwinLands did. Tools that will raise the standard of your work and that you can rely on from job to job.