Ever wondered how top-end guitar makers like PRS, etc. do their figured Maple tops? The ones which seem to have so much depth that you want to dive in? The secret is not so difficult to crack as it might seem.

Woods like Maple have some amazing looks when they include figuring. Even when raw, the look is amazing when the light hits it. The figure seems to move around and have real 3D depth to it. Simply oiling or clearcoating figured wood looks a million dollars. 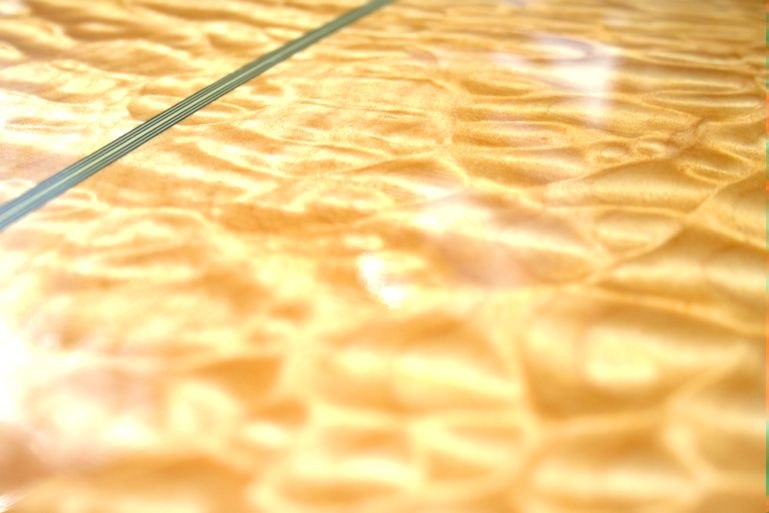 Amazing quilted back on an exhibition-grade Washburn acoustic

Dyeing figured Maple adds another level of brilliance to the wood. Whilst this is a tradeoff - lessening the chatoyant 3D movement - the colours bring a whole new life to the figure. So how to top-end manufacturers and boutique guitar makers get their tops to resemble deep blue seas, rippling honey or bold high-contrast stripes instead of one simple dyed colour?

To understand how this works, we first need to know a little about what "figuring" actually is in Maple and what is going on inside the wood in order to take advantage of it. Simply, figuring is caused by irregularities in the direction of wood fibres; the grain. For the most part, straight-grained wood possesses a consistent regular fibre structure. If you imagine a box of drinking straws, you're not too far off the mark. Figured wood on the other hand does not. The grain changes direction constantly instead of travelling in straight lines turning your regular grain into something resembling noodles, cooked spaghetti or your gran's chunky wool socks. 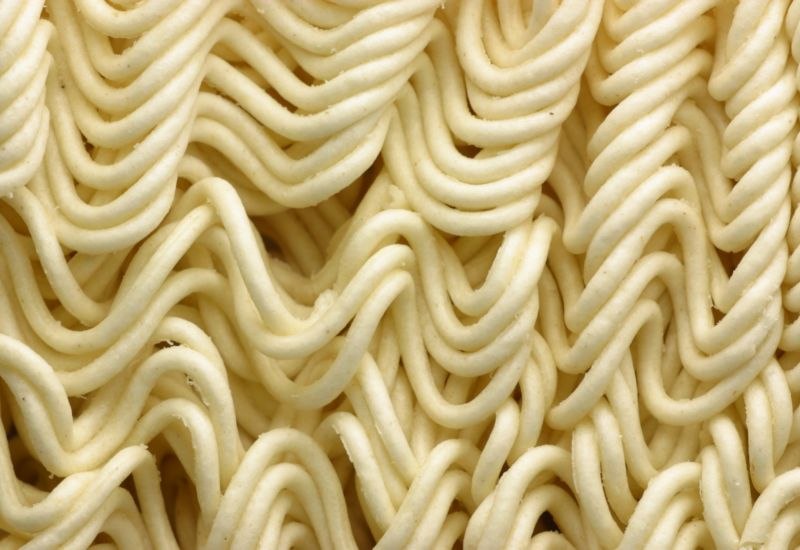 Because of this, a cut surface of figured wood presents alternating areas of flat and end grain as the fibres rise and fall in and out of the face. Light absorbs at different levels on the sides and ends of wood fibres, resulting in spectacular patterns such as flame/curl, quilt, angel step and others. Similarly, the natural structure of the wood in areas like crotches (where branches meet) or faults can produce wilder more unpredictable figuring. If you've had tearout planing figured wood, you know exactly what the "rising and falling" grain is!

Wood fibres are not entirely unlike the drinking straws mentioned earlier. End grain happily absorbs dye deeper than the side of wood fibres. This is where we can take advantage of this.

It is advisable not to practice this on your latest guitar. Save scrap pieces of your figured woods and test test test! Write down your test schedules and practice it a couple of times to ensure that you can repeat it and it gets the exact result you want.

Firstly, finish sand your figured wood to a reasonably high grit such as 400. Raise the grain by wiping it down with a clean cloth wetted with distilled water - do not soak it! Sandpaper acts like millions of sharp edges, slicing and mangling wood fibres at a microscopic level. Some may be loose, distorted or otherwise junky. Water displaces these broken fibres by swelling them, causing them to stand up from the surface. If you run your fingertips over the wetted wood, it will feel rough and woolly from these raised fibres. Let the wood dry and lightly re-sand the surface with 400 grit to knock down the junky fibres. Contrary to what you might instinctively do here, instead of sanding with the grain sand slightly at an angle to it. About five o' clock to eleven o' clock than six to twelve. This helps to ensure the fibres are actually removed rather than simply pushed back in place.

Repeat this once more and feel the difference in how much less woolly the wetted surface feels now. Water helps to reveal any scratches you might have missed during the finish sanding stage. Getting the surface perfect is key as the dyeing process will highlight any flaws.

Mix up a dye according to the instructions darker than the final colour you are aiming for. Alcohol is a better solvent than water simply to prevent any more unnecessary grain raising. StewMac's ColorTone Liquid Stain or TransTint dyes are great for this. For example, if you want a red finish use anything from a medium brown to black. Sticking with the same sort of hue looks most "natural", however you can go crazy with greens and browns under yellow or other crazy combinations! The more radical the difference in colour, the more detail work you need to do a little later in this process....

Apply the dye as you would normally to the surface of the wood and allow it to dry. Don't scrimp on the dye as it needs to be applied to the surface consistently - but don't soak it to death! Nothing amazing required here, other than patience in letting it dry thoroughly.

Now, what's happening here is that the dye is soaking in at different rates depending on the amount of end grain being presented by the wood surface. Wood fibre end grain drinks the dye like a madman whilst the sides of wood fibres less so. This causes the dye to penetrate the surface roughly in proportion to how angled the fibres are.

This matters, because now we are going to sand the dry surface again. Doing this will remove most of the dyed fibres that are sitting flat to the surface. The more angled the dyed fibre, the deeper it sits in the surface and the more sanding is required to remove it.

As you sand the surface, areas and patterns corresponding to flat grain lighten up first. Exactly how much you sand back is entirely up to your preference and/or experience. The most natural look comes from sanding back most of this dyeing stage, however the contrasting "pop" is correspondingly lower. Leaving bold darker dyed areas produces a more striking end result at the expense of it looking a little less "real".

Varying the amount of sandback creatively can add an extra dimension to the final results. For example, incorporating the areas popped as part of a final burst.

Repeating this process using a slightly modified or even a totally different colour produces a more subtle and effective end result. A simple red over black can look harsh from too high a contrast. Red over black with a second dark red sandback smoothes the transitions, deepens the lustre and ends up that much more amazing.

The most stunning finishes are achieved by layering several subtle repetitions of this process in combination with burst dyeing techniques. World-class finishes like the labour-intensive PRS Tiger Eye look deep enough to get lost in.... 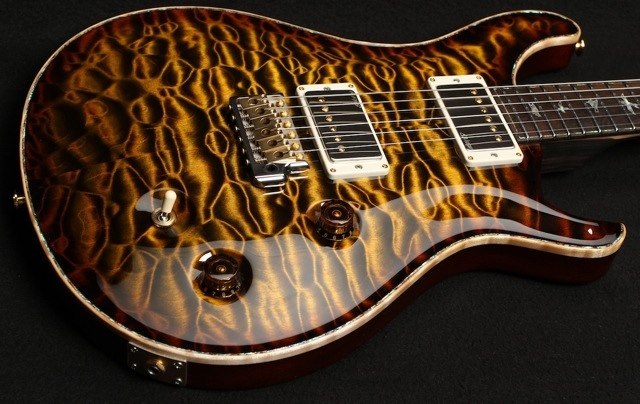